Blumira’s Director of Security Mike Berhmann and Sr. Incident Response Engineer Amanda Berlin cover practical security tips you can apply to your current Windows environment to get the most security value out of your Windows logs.


During this webinar, you’ll learn:

We’ll also do a demo of how to optimize your Windows logs with Logmira, a set of pre-configured Windows policy settings from Blumira.

Don’t miss this webinar and your chance to get your questions answered by our security experts team! 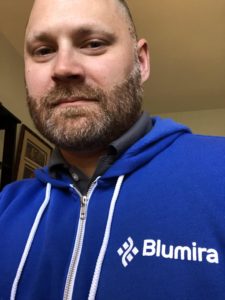 Mike Behrmann, Director of Security
Mike served at the National Security Agency for seven years where he focused on leading computer network exploitation operations and was later deployed to the FBI Detroit Division’s Cyber Task Force as a Threat Analyst. He joined NetWorks Group in 2015 where he and Matt Warner established the company’s Managed Detection and Response (MDR) SaaS offering and later became the MDR Team Lead. From 2017 to 2020, Mike worked as a Sr. Security Operations Engineer with Domino’s in Ann Arbor. He rejoined Matt, Nick, Amanda and the rest of the Blumira family in early 2020 as the company’s Director of Security. Mike has earned numerous Global Information Assurance (GIAC) certifications over his career and holds advanced degrees in both International Affairs and Information Assurance.

Amanda Berlin, Sr. Incident Detection Engineer
Based in Ohio, Amanda is a highly accomplished network defender well-regarded throughout the Midwest infosec community. She’s spent the last three years with NetWorks Group’s MDR team and Blumira, while most recently as a Sr. Incident Detection Engineer specializing in threat detection research as well as SecOps. Amanda serves as the founder and CEO of Mental Health Hackers, a nonprofit dedicated to providing education and guidance to tech workers around mental health topics. Amanda is also the co-host of the Brakeing Down Security podcast. She is the author of a Blue Team best practices book called “Defensive Security Handbook: Best Practices for Securing Infrastructure” with Lee Brotherston through O’Reilly Media.