What To Log In A SIEM: Logging Best Practices

A poorly configured SIEM can result in an overwhelming amount of useless alerts — or worse, a lack of alerts for real security incidents. Neither option is ideal.

Many new Blumira customers often ask, How do I know where to start when it comes to logging security events? Which log sources should I prioritize?

Fortunately for Blumira customers, we don’t charge based on data ingestion — so the possibilities are endless. But cost aside, it’s important to glean the maximum amount of value from your SIEM’s log sources. Sending log data from sources that you don’t actually need can create significant overhead and waste time for your staff. Plus, logs that contain PII can create compliance scenarios that put undue pressure on your architecture.

Here’s a breakdown of the most important log sources to ingest in a security information and event management (SIEM) system.

The scope of what to log in a SIEM solution can be a contentious issue. There are two schools of thought on this: 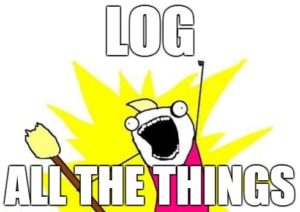 Everything. This generally stems from the point of view of ‘you don’t know what you don’t know.’ In this approach, you store everything, then search and filter later. This does provide access to all the possible data that you may need, but also presents challenges related to storage, indexing, and in some cases, transmitting the log data. If you use a commercial solution, licensing may also depend on volume. (It doesn’t for Blumira customers, though!) Only what you need. Unsurprisingly this is the polar opposite to the first approach. In this scenario, technology resources are way less utilized, but there is a risk that you will miss something. When you’re starting with a new system of log collection and correlation, it is best to start slowly with what you need and then build upon it. This is definitely not a bad way to start ingesting logs if the majority of the configuration is in house.

In many cases, the answer to what to log is often driven by costs. If this is the case, it is best to consume logs more aggressively from high-value systems, high-risk systems, and those facing external networks. Then you can save in areas that are of lesser importance from a security perspective.

If you’re new to the idea and implementation of a SIEM, begin with systems that are already delivering security logs, such as IPS/IDS and endpoint protection. This will allow you to become familiar with the software and configuration options while combining several applications into one log management system. After you’ve defined and followed processes and procedures, you can add other data sources such as Windows, DNS, honeypots, application, and database for a deeper look into the infrastructure.

Most standard web applications generate logs of one type or another. This includes services such as email servers, web servers, and other (probably) internet-facing services. These logs can provide useful insight into adversaries performing attacks against these hosts or performing reconnaissance. For example:

Authentication systems are an obvious starting point for analysis as usage of user credentials is typically well understood. By analyzing the contents of authentication logs within the context of the environment, there are several tests that can yield immediate results.

Databases are often where all the good information resides: customer records, transaction data, patient information, and any other large data set that would result in chaos if it was lost or breached. You can choose a variety of different monitoring and alerting options, depending on what data is housed in a database and what type of software the database is built on.

Logging detailed DNS queries and responses can be beneficial for many reasons. The first and most obvious reason is to aid in incident response. 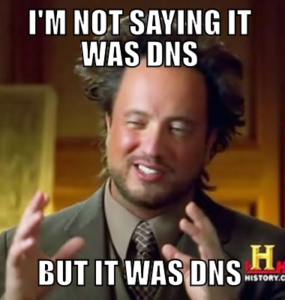 DNS logs can be largely helpful for tracking down malicious behavior, especially on endpoints in a DHCP pool. If you receive an alert with a specific IP address, that IP address may not be on the same endpoint by the time someone ends up investigating. Not only does that waste time, it also gives the malicious program or attacker more time to hide themselves or spread to other machines.

DNS is also useful for tracking down other compromised hosts, downloads from malicious websites, and if malware is using Domain Generating Algorithms (DGAs) to mask malicious behavior and evade detection.

If you’re running Windows OSes, Sysmon is your best bet when it comes to logging this type of traffic.

Endpoint solutions — sometimes called EDR, XDR, etc. — secure and protect endpoints against malware, attacks, and inadvertent data leakage resulting from human error, often using automation. Earlier anti-virus programs relied solely on signature-based detections, but modern endpoint tools use a combination of signatures, hashes, and identifiable actions and behavior that can be identified as malicious. Just as with many other technologies, you must tune an endpoint solution on its own first for any effectiveness to carry over to a logging solution.

It’s common to include IDS/IPS in the beginning stages of cybersecurity alerting because they are fairly easy to configure and often have hundreds or thousands of signatures or rule sets enabled.

Begin by setting these to monitor the traffic to allow sufficient tuning. In the beginning, security teams will likely receive a large amount of notifications from activities that you may be unaware of in the environment or true false positives. To curb these notifications, alert on all high and critical alerts that aren’t automatically blocked, and use other less critical signatures as informational during investigations.

Collecting endpoint operating system (OS) logs is an absolute must for any type of advanced detection and monitoring. Both Windows and Linux/Unix-based systems have a large amount of local logs that can be very beneficial in many ways.

Many cloud-based productivity applications operate on an assumed trust model and don’t require users to authenticate in the same way or frequency as on-premises applications, so there’s often less of a high-fidelity connection between the user and the authentication. For organizations that use cloud-based productivity suites such as Google Workspace or Microsoft 365, logging cloud services can help to identify patterns of access into those services, such as:

Firewalls, proxies, and other systems that provide per-connection logging can be very useful, particularly in discovering unexpected outbound traffic and other anomalies that could indicate a security threat from an insider or an intrusion that is already in progress:

Blumira Takes The Complexity Out Of SIEM

Tuning and configuring a SIEM system can be a full-time job. Not only is this task time-consuming, but it’s complicated, frustrating and often impossible for non-security experts. At Blumira, we believe that traditional SIEMs are too complex to deploy and manage — that’s why we handle the bulk of the work on our end. That includes data parsing, normalization, and fine-tuning. This cuts down the total deployment time to hours, not weeks or months.

Blumira customers automatically get free access to a team of security experts, ready to help you with anything from interpreting an event to understanding what log sources you should ingest.

Blumira’s cloud SIEM with threat detection and response is built for small and under-resourced teams.

We do things differently by providing more value for better security outcomes, including: