The City of Crescent City

With limited IT and security resources, the City of Crescent City’s 1-person IT team needed an easy-to-deploy solution to provide network visibility and threat mitigation for ransomware.

Blumira’s out-of-the-box integrations allowed their IT admin to set up a trial within an afternoon, providing easy management, threat hunting and guided remediation for their small municipality.

The one thing that really stood out right away was the ease of deployment - I had a working trial operational inside of an afternoon.

The City of Crescent City 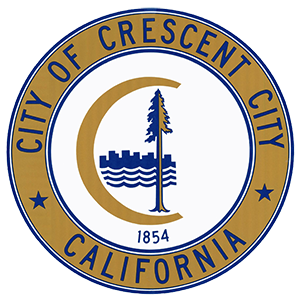 The City of Crescent City, CA is known for its beautiful beaches and surrounding old growth Redwood forests. Incorporated in 1854, it is one of the oldest cities in California, and serves as the county seat for Del Norte County.

The Challenge: Limited IT and Security Resources

With 60 full-time employees, the City of Crescent City needed a security solution that their 1-person IT team could easily manage, in addition to daily management of their servers, workstations, cloud applications and mobile device management.

According to their Information Systems Administrator Fritz Ludemann, the traditional syslog applications weren’t providing enough security coverage, and he was seeking a solution that would also do some threat hunting on their behalf.

He decided a SIEM (systems information and event management) platform would provide the overall visibility they needed. Initial research turned up vendors and providers better suited for large enterprise deployments.

“I researched a number of SIEM providers online and found most were way out-of-the-ballpark expensive, required a lot of infrastructure and didn’t provide a great return on our investment,” Ludemann said.

The Solution: Easy to Use, Automated Threat Mitigation

Ludemann first spotted Blumira on Capterra, a software review and comparison site. According to their procurement process, they required at least three competing quotes from different security vendors.

“I was looking for a tool that would help automate security and fit the profile of our organization; a small municipality,” Ludemann said. “I looked at a number of products, but they didn’t have the threat mitigation and reporting tools that Blumira had at an acceptable price point, which was a big negative for me.”

As the primary IT personnel also juggling security, Ludemann needed an easy-to-deploy solution that he could also easily manage. He needed more visibility into what was happening at the network level, and also needed threat mitigation to deal with critical threats like ransomware.

“The one thing that really stood out right away was the ease of deployment – I had a working trial operational inside of an afternoon,” Ludemann said. “The fact that I could get that level of insight in a cloud-based solution, with little infrastructure that I had to maintain was a great fit for our use cases and limited resources.”

The fast time to security was driven by Blumira’s out-of-the-box integrations that easily connect and centralize data from Crescent City’s existing tech stack to analyze it for indicators of threats.

“The steps are pretty much outlined on the Blumira website on how to deploy the solution,” Ludemann said. “After a couple of conversations with an account executive and a tech, we were able to get a config file set up, followed those instructions and had my servers covered that afternoon.”

As the key responder, Ludemann interacts with Blumira findings on a day-to-day basis and uses playbooks to help guide him on how to respond.

“When a threat is detected, there’s a workflow attached to the finding that guides us as to what we should do and how we should respond to it. The built-in response is another great feature – we can reach out to your team directly,” Ludemann said.

Blumira’s platform can automatically block known threats and provides step-by-step remediation instructions for every finding that is detected, making it easy for resource-strapped IT teams to quickly contain threats. Blumira’s security operations team can be contacted directly within the platform to help with any additional questions or support.

In addition to the threat mitigation and remediation capabilities, Ludemann can leverage Blumira’s dashboards and reporting to gain visibility into security changes in Crescent City’s environment.

“The dashboard is great – it gives me a broad overview and visibility into any user account changes and much more. I have scheduled reports sent to me every day,” Ludemann said. “Small organizations like ours without a good SIEM are much less likely to know if there’s an attacker in their environment. Blumira helps me know if there’s a problem.”

Detect threats 5x faster with Blumira's automated detection and response - no need for a SOC or in-house security experts.