in In the News 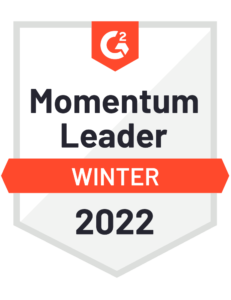 As a Momentum Leader, Blumira ranks in the top 25% of four categories — SIEM, SOAR, Incident Response and IDPS. Out of 30 other products in G2’s Winter 2022 Momentum Reports for SIEM, SOAR, and IDPS, Blumira received the highest Momentum scores of all four categories, which represents Blumira’s strong position in the cybersecurity industry.

For the SOAR category specifically, Blumira blew the competition out of the water with a score of 98 out of 100 — the next closest competitor scored 52. For the SIEM category, Blumira earned a score of 95, beating out major competitors including Sumo Logic, Splunk and LogRhythm.

Blumira gained even more momentum this year by raising $10.3 million in Series A funding as well as several new industry veteran hires, which will help us to accelerate our vision of making security affordable and accessible to all organizations. Blumira earned the Best Support G2 badge for the sixth consecutive time. Customers ranked Blumira as having the highest quality of support out of 20 other SIEM vendors, beating out competitors like Splunk, Sumo Logic, Datadog and IBM QRadar.

Blumira also received the highest net promoter score (NPS) of 95%, which measures customer experience by asking customers whether they would recommend a product to their colleagues.

We’re proud to offer responsive support to our customers via our team of security experts — with no additional cost. Blumira’s security analysts act as trusted advisors for our customers and partner with them to provide education for their overall security success.

One of our customers, Path Forward IT, said that Blumira’s support was one reason that they chose Blumira.

“The Blumira team has been fantastic; everyone has been very helpful with quick responses — I couldn’t ask for more.” – Adam Thomas, Director of Cybersecurity, Path Forward IT Blumira also earned the Fastest Implementation badge for the fifth consecutive time, receiving the #1 spot in G2’s Implementation Index. This means that Blumira had the shortest go-live time out of all products in the SIEM category, beating out competitors like LogRhythm, IBM QRadar, Graylog, EventSentry, AlienVault, and Splunk. Implementation scores also take into account ease of setup and user adoption.

Deployment has historically been a pain point for SIEM products. Traditional SIEMs require massive amounts of configuration and fine-tuning, which is why deployment can take months or even years to fully complete. 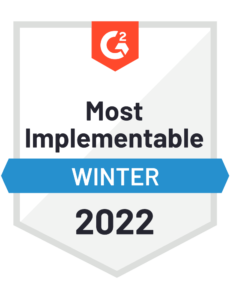 In a comparison of time to go live across 16 different vendors, Blumira is over 5x faster than the industry average – .41 months compared to the average 2.12 months for setup and deployment of a SIEM. In fact, we offer 18% faster implementation than last quarter, which was at .5 months.

The upcoming release of Cloud Connectors will cut down that deployment time even further, and will reduce implementation time down from minutes to mere seconds.

Speed to security was a major benefit for our customer The City of Crescent City, whose one-person IT team needed an easy-to-deploy product.

“The one thing that really stood out right away was the ease of deployment – I had a working trial operational inside of an afternoon. The fact that I could get that level of insight in a cloud-based solution, with little infrastructure that I had to maintain, was a great fit for our use cases and limited resources.” – Fritz Ludemann, Information Systems Administrator For the SIEM category, Blumira earned the highest satisfaction ratings, with such factors as:

Watch a demo or sign up for a free trial of Blumira’s cloud SIEM to try it out for yourself.