A recent ransomware attack has hit a corporate travel agency that provides services to Fortune 500 and other companies, demanding $4 million in Bitcoin as ransom.

First spotted in December 2019, Ragnar Locker is known for targeting corporate entities, performing reconnaissance or discovery research on a network/target before executing the ransomware. It uses a variety of different techniques, including:

The method of using legitimate and already-existing tools within a target’s environment to execute attacks is known as Living-off-the-Land. The use of these tactics and tools results in clever evasion and bypassing of security software detection. 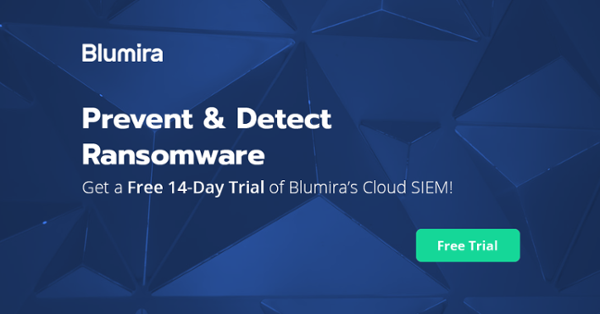 RDP is one of the most common ways attackers install ransomware on systems, as can be seen in recent attacks on the major Japanese car manufacturer Honda and an Argentinian energy distributor – learn more in RDP Risk: Ransomware Targets Manufacturing and Energy Plants.

At Blumira, we saw an 85% increase in RDP attacks against our honeypots over time since December 2019 through April 2020 as many organizations quickly shifted to remote-only work during the COVID-19 pandemic.

As can be found in the above post, Blumira recommends that:

With many organizations of varying sizes running Windows shops, they are easily a target of ransomware attacks like Ragnar Locker that leverage built-in tools to move laterally and install malware in their network.

To help any organization easily increase their visibility into Windows security logs for better threat detection and response, Blumira is offering a free set of pre-configured Windows policy settings available on Github.

Sr. Incident Response Engineer Amanda Berlin created Logmira to help organizations quickly import GPO settings into their environment. She has also provided many other Windows how-tos, tutorials and on-demand webinars to help security and IT teams:

In one of the articles she’s written, she covers a real-life detection by Blumira’s platform within a customer’s environment, a PowerShell execution bypass attempt that is used by attackers to execute code on systems without administrative access. As mentioned earlier, threat actors behind the Ragnar Locker ransomware attacks leverage common Windows tools like PowerShell and GPO to move laterally to Windows clients and servers. 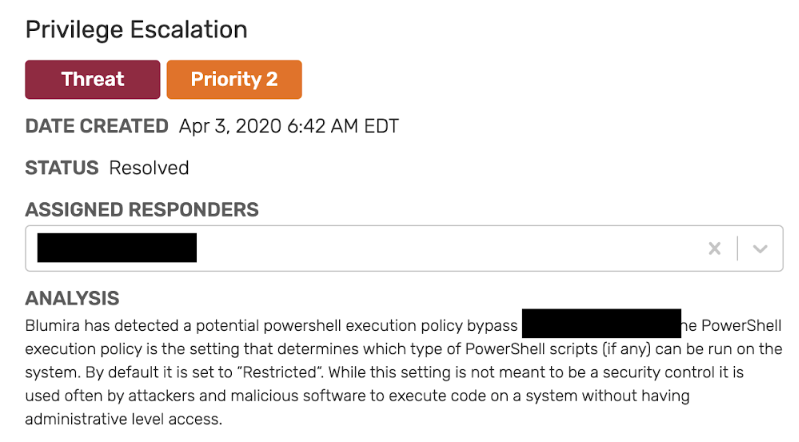 In this case, the PowerShell execution policy bypass finding was linked to files from a popular hacking tool called Cobalt Strike, a type of software typically used by red team operations but sometimes also seen in use for malicious purposes. A particular part of the application was used – the part that can execute PowerShell scripts, download files and spawn other payloads, according to Berlin.

In Blumira’s platform, we provide playbooks on next steps. In this case, we recommended that the organization remove the device from the network if possible and start internal incident response procedures. We also recommend auditing the device, paying closer attention to PowerShell commands executed by examining any logs around the time of the event. See more in Analysis of a Threat: PowerShell Malicious Activity.

Blumira’s cloud SIEM platform provides both automated threat detection and actionable response for organizations of any size. We detect and provide playbooks for a number of findings related to the entire chain of ransomware infection – from indicators of attacker reconnaissance (like scanning) to lateral movement and unauthorized or anomalous access activity, as well as any malware, ransomware and data exfiltration that would indicate a breach in progress.

Learn more about our product and schedule a demo today.